A growing number of brands, retailers and restaurant groups are adding carbon labels to products as a way to help consumers make conscious, informed and more sustainable choices. With the explosive growth of plant-based categories, new and established brands are using carbon awareness as a way to nudge consumers to switch choices and try new things. But do these labels actually influence shoppers? Well apparently it can.

They asked 800+ Swedish consumers to choose from a selection of products. Some were based on meat, a mixture of beef and beans and some were plant based. There was no information on the packs about carbon or sustainability. The individuals were then asked whether they were interested to know the climate impact of their food choice – and a 1/3 said they were not interested. The researchers went on to show ‘carbon labels’ to both groups.

The results: Carbon Labels DO make a difference to shopper behaviour

The group who showed no interest in knowing the climate impact of their food changed their behaviour after being shown the same products with carbon labels; they collectively made choices that represented a 12% decrease in Carbon Footprint. The other group, the 2/3 of people who were interested to know the impact labelling made food choices that reduced their carbon footprint by 32%.

According to Quorn, they are the first global meat-alternative brand to achieve 3rd party certification for their carbon footprint figures, with over 50% of their products achieving the Carbon Trust accredited label. According to the brand, Quorn’s carbon footprint is more than 90% lower than that of Beef.

Plant based milk company Oatly has also added carbon labelling to its packs. Punk beer brand Brewdog has gone one step further by making its brand carbon negative. In August 2020, the brand announced it was making a £30m investment to enable the brand to remove twice as much carbon from the air than it emits each year. It’s efforts also include the purchase of a 2050 acre piece of land in Scotland, where Brewdog will plant 1M trees in the coming years. 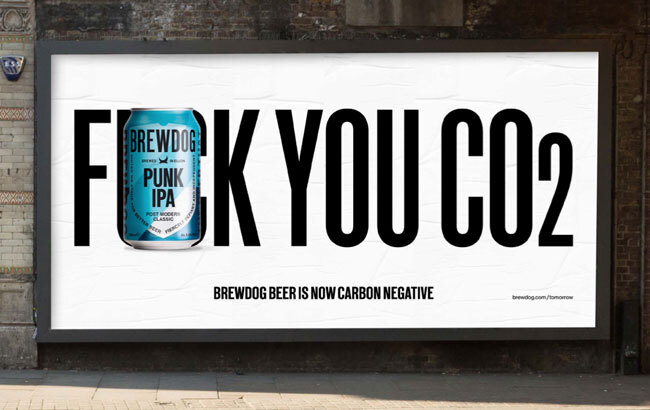 These are interesting times for grocery brands – an era where consumers tastes and preferences are rapidly changing and where differentiation based on sustainability will become a more and more important point of differentiation.