Levi’s Shows Its Pride With The Window Light Show™

Levi’s, a longtime supporter of the LGBT community, celebrated Pride month this June. To express their message of love, support, and community, the brand transformed the Window Light Show™installation in their San Francisco flagship store to feature animations celebrating gay pride. 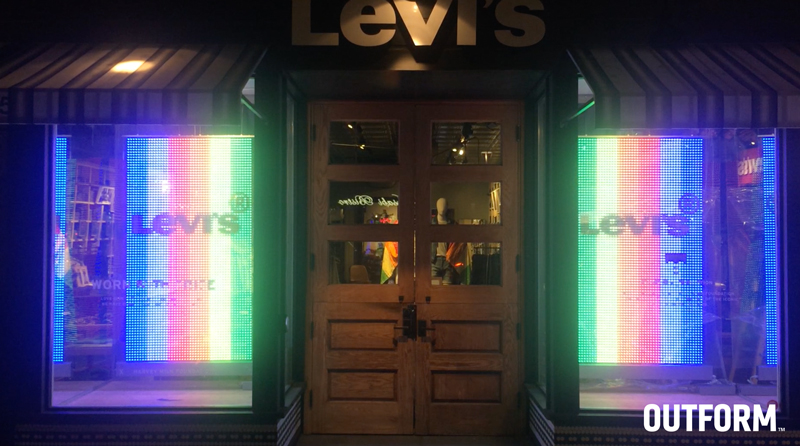 Valley’s partner Outform created colorful animations that were both fun and impactful, featuring Levi’s batwing logo and the iconic rainbow flag during Gay Pride month. The synchronisation between the animation playing on the displays is also notable as they work in unison to create symmetry and beauty, lighting up the Castro district and spreading the theme of equality and diversity to shoppers and passers by alike.

As the saying goes, “Say it loud, say it proud!” with Levi’s doing just that through the powerfully-expressive Window Light Show™ transformations!